Skip to content
HomeClassical Roots: How some stars made it by knowing their circle of fifths.

Some popular musicians who make it to the top all have one secret to success in common- they were classically trained. They probably sat hunched and frustrated over theory papers and lost sleep the night before exams, just like you. I am not referring here to people who make it through the Simon Cowell pop factory with an army of vocal coaches and songwriters, I’m talking about the people who made it to the top through sheer musical ability and determination.

The frontman of Muse, Matt Bellamy, is an excellent example of someone who had piano lessons as a child and actually did something with it. He met his bandmates at college and after winning the local battle of the bands, they decided to become internationally successful. And they did. A lot of their music is very influenced by classical music and composers. Rachmaninov anyone? http://www.youtube.com/watch?v=dOCZFChafOQ They even wrote an actual classical symphony a few years ago. http://www.youtube.com/watch?v=1ZD0yp-E0rw

The leading lady of Evanescence, Amy Lee is another musician who created her sound from her classical training. She has a particularly classical timbre to her voice and she often features her awesome piano skills in her songs. http://www.youtube.com/watch?v=Kw2Ic_2XdVQ

Although he is mostly known as a jazz/pop musician, Jamie Cullum can not only play the piano, but also guitar and drums. He’s another one who’s clearly spent a lot of time practicing and knows all about notes and things. http://www.youtube.com/watch?v=srNkCHB3MSQ

There are others; Hearsay’s Myleene Klass studied the piano, violin and voice at the Royal Academy and Annie Lennox studied the flute there too. Going back even further, most of the Electric Light Orchestra were classically trained, too.

Even although some of the greats weren’t classically trained, they often look to classical music for inspiration.

Daft Punk actually wrote a half classical, half modern score for the film Tron: Legacy. Its one of my personal favourites, especially for the big brass sounds towards the end of the film. http://www.youtube.com/watch?v=MeqeWF8pkAE These are contrasted by Daft Punk’s signature electronic sounds in other parts of the film. Awesome. http://www.youtube.com/watch?v=M4dUiBfMQVU Strangely, Pharrell Williams wasn’t invited to this one…

In short, yes, Grade 5 Theory could get you a Brit award, so don’t forget to learn your cadences!

p.s. If you know any I’ve missed, stick a comment below. 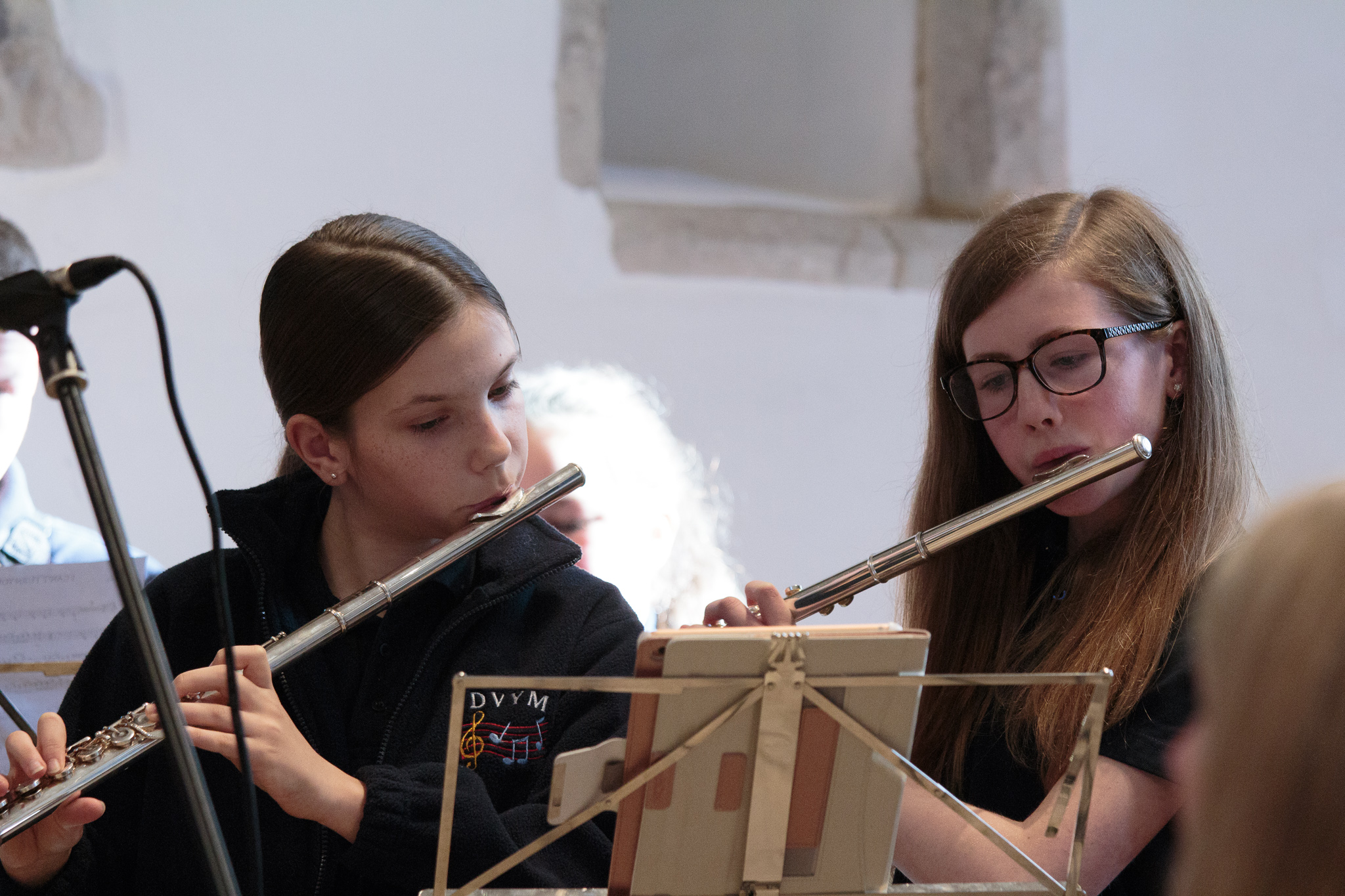 As of 16 March, DVYM rehearsals are suspended and the Spring concert has been postponed.

All events remain on the calendar for now but DVYM is suspended until further notice by email from Sandra.